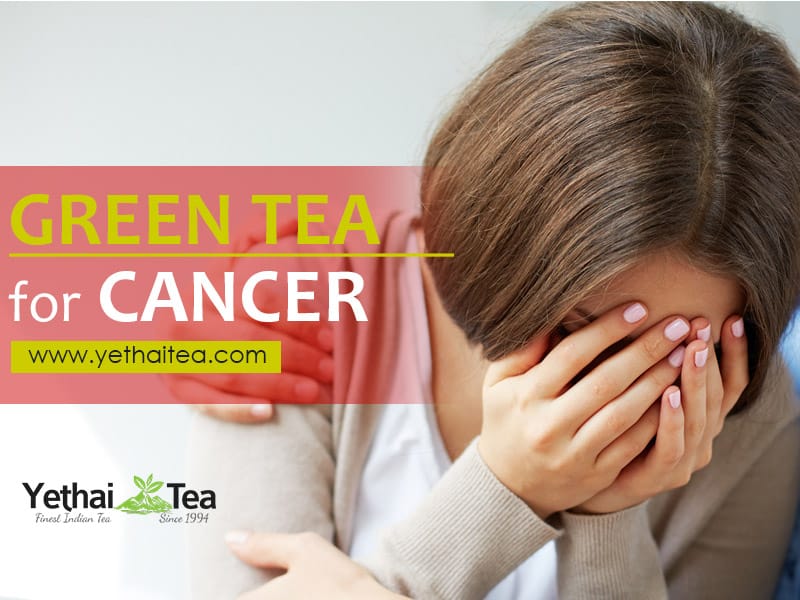 Cancer is a traumatic word that completely shakes not only the individual but the entire family. Most of the people desperately look at ways to cure cancer, and it is a well-known fact that curing tumor is not possible. But, keeping it under control is possible and also preventing it from consuming right kind of food from the beginning can help people stay away from cancers.

According to AICR “American Institute for Cancer Research,” there are foods that when consumed regularly,  keeps cancer away. One among such food is the Green Tea.

Studies conducted by NIH, National Cancer Institute, on animals indicate that the polyphenols inhibit the growth of different types of cancer cells.

While there is always a concern that caffeine stimulates cancer, but the caffeine in green tea when perfectly brewed and consumed can fight cancer.

Asking how? Find below.

Take one tsp of loose leaves and allow them to rest in six-ounce hot water for not more than two mins. You will get a sweet aroma, color and perfect blend of green tea in the water ready for consumption.

Never boil tea leaves in water and only steep them in hot water. Also, do not allow them to rest for more than 2 minutes for it will taste bitter.

This way of steeping green tea can be consumed for up to four times in a day to prevent the growth of the cancer cells in the body.

Per the research conducted by the AJCN – American Journal for Clinical Nutrition, it has been found that following types of cancers can be prevented by consuming green tea on a daily basis.

Do you know how fast green tea acts on your body?

Yes, soon after you consume green tea in the next forty minutes you will feel energized, and it will increase the antioxidant power in the bloodstream. It does not stop with that, but before completion of an hour after the intake of green tea, the up-regulation of the repair of the DNA happens. Thus it repairs the DNA to correct the cells from the root and prevent any further damage.